Here is an index of pictures for various Bodine-related events, locations, and people. Photos having to do with individuals (tombstones, portraits, houses, land, etc.) are not normally located here. If available, those are located with the appropriate person's genealogical data. Write me at BodineGenealogy@gmail.com if you have any pictures you would like to add. Pictures must be sent to me in jpg format. Please do not send too many at a time. A file's total size should not be much more than 200 kilobytes (one-fifth of a megabyte). Pictures should not be over nine inches (900 pixels) wide or seven inches (700 pixels tall). I will adjust the picture's dimensions to better fit the web page once I receive it. Please also include the names of as many individuals as possible and the date and description of the event or location. 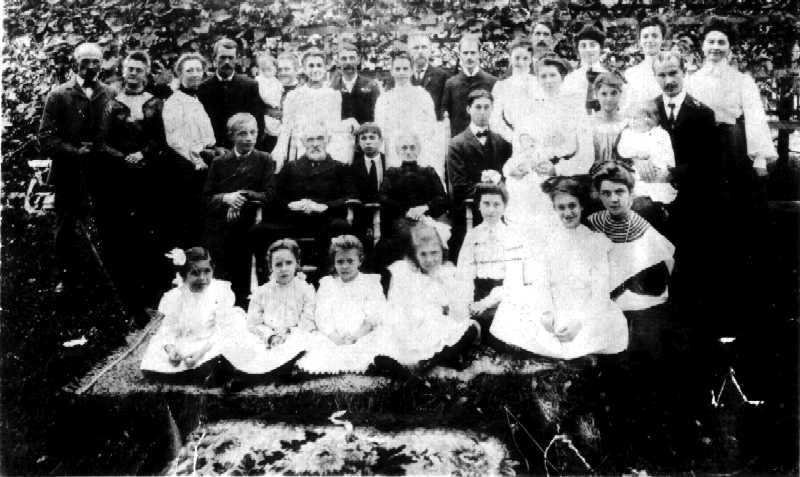 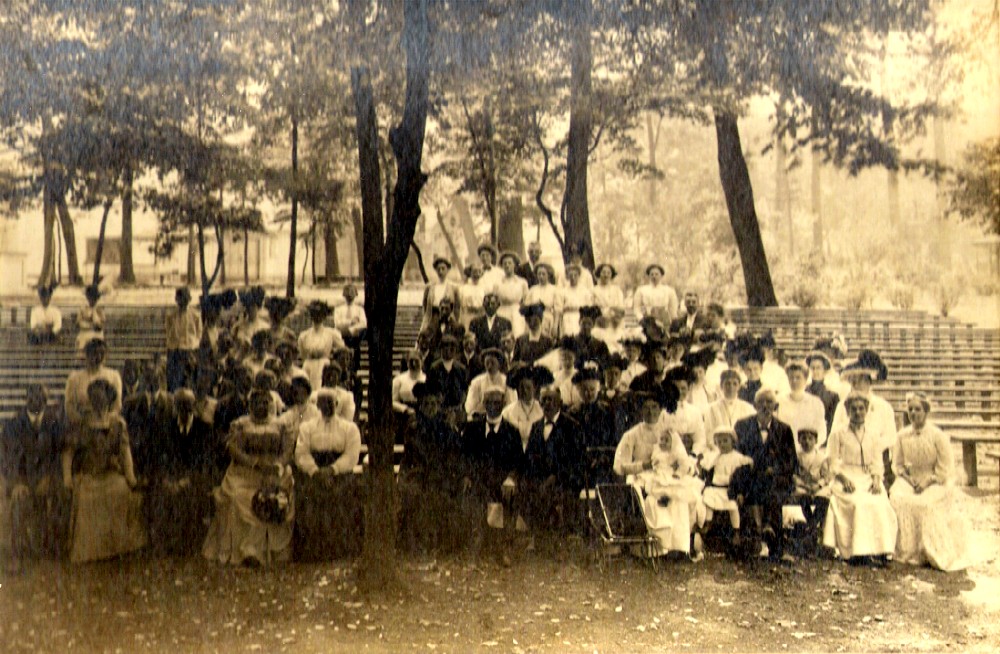 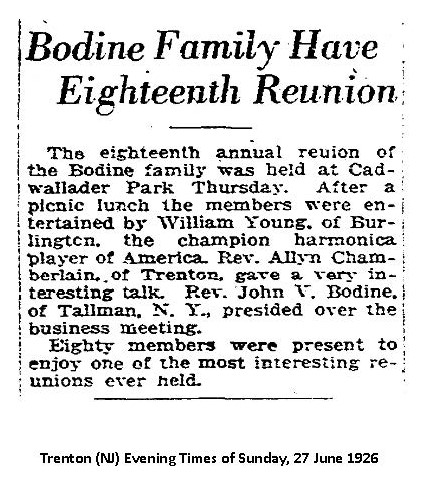 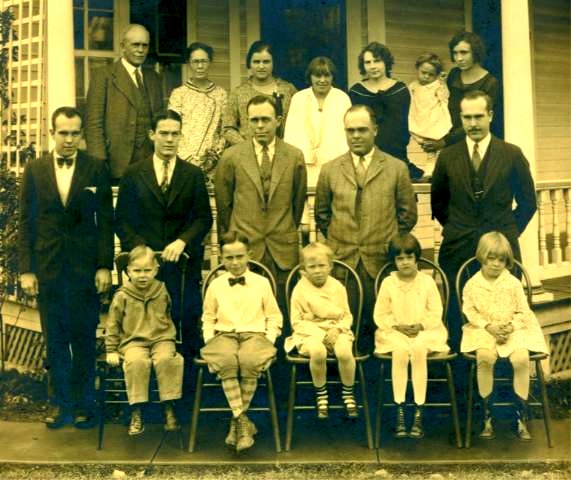 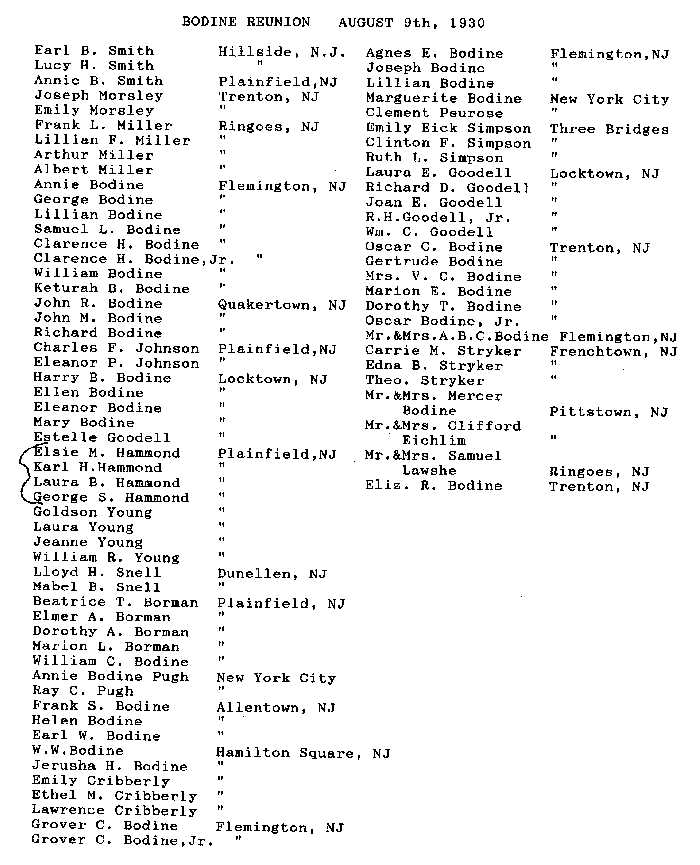 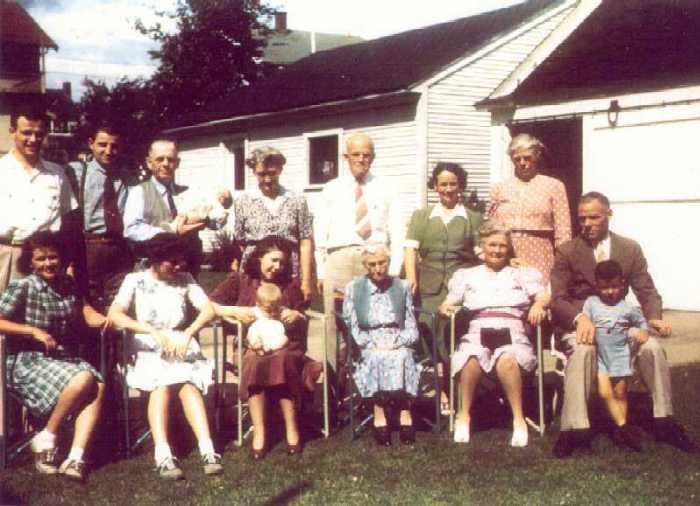 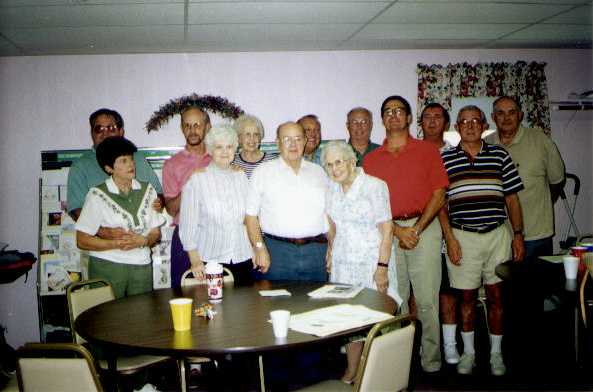 I don't have any pictures yet, but a Bodine family reunion in 1897 at North Hector, New York is mentioned in a small booklet called History of the Branch of the BODINE FAMILY Founded by CORNELIUS BODINE, A Soldier of the Revolution, and a Pioneer of the Lake Country of Central New York.

It was written by E. P. Bodine of Lodi, New York in 1897 and published by Charles Bodine Doty of Buffalo, New York. It was then republished in 1943 by George F. Bodine of Rochester, New Yorkto bring the descendants of Isaac Bodine and George Bodine down to date along with other additions.The author says he prepared the booklet and that it was "read at the first reunion of the Bodinefamily, held at North Hector, N. Y., September 7, 1897. Some research needs to be done in the papers from that time to see if anything was published, especially any pictures.

These pictures have been moved to the Notes page of the appropriate individual or family.